Dr. Shailinder Sodhi was born in Himachal Pradesh, India. Growing up near the Himalayas, he developed an early interest in Ayurvedic plants and herbs. This interest gradually turned into a passion and in 1985, he received his B.A.M.S. (Bachelor in Ayurvedic Medicine and Surgery) degree from Dayanand Ayurvedic College in Jalandhar, India. He then enrolled at Bastyr University located in Kenmore, Washington where he received his ND degree in Naturopathic Medicine in 1993. He also holds an AA in Diagnostic Ultrasound and is RDMS.

Since then, he has been attending to patients along with his brother Dr. Virender Sodhi and his wife Dr. Anju Sodhi at the Ayurvedic d Naturopathic Clinic located in Bellevue, Washington where they treat patients from all over the world. Dr. Shailinder travels to Kauai, Hawaii to see patients as well. Dr. Shailinder Sodhi serves as President of RUved. He also teaches at Bastyr University and is an adjunct faculty member. In addition, he contributes articles to such magazines as HSR and Vitamin Retailer. During his free time, he loves hiking, singing, making music and playing basketball with his three children and is also committed to a consistent workout regime. 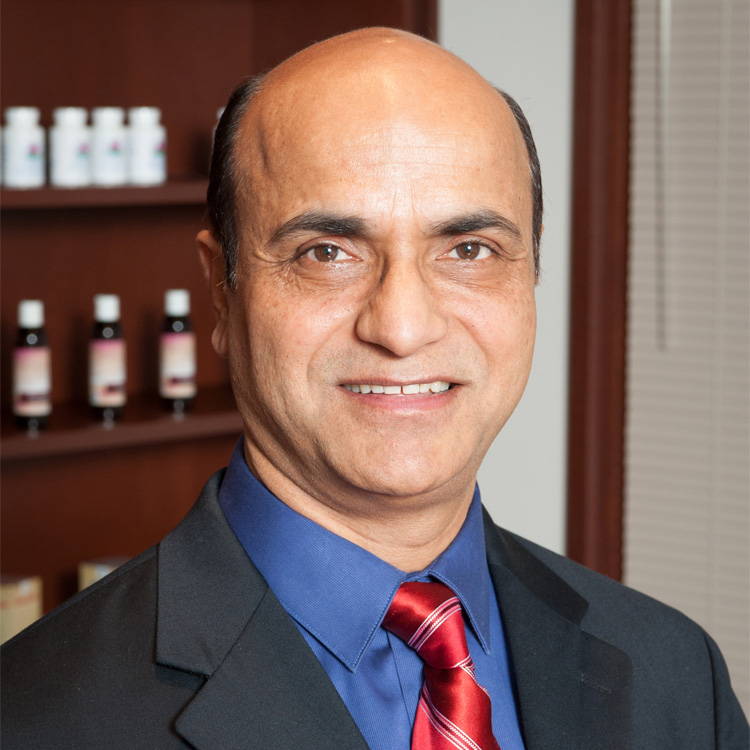